Ljiljana Simić is currently Principal Scientist at the Institute for Networked Systems at RWTH Aachen University. She received the Bachelor of Engineering (with 1st Class Hons.) and the Doctor of Philosophy degrees in Electrical and Electronic Engineering from The University of Auckland in 2006 and 2011, respectively. Her research interests are in mm-wave networking, efficient spectrum sharing paradigms, cognitive and cooperative communication, self-organizing and distributed networks, and telecommunications policy. She was Co-Chair of the IEEE INFOCOM 2018 Workshop on Millimeter-Wave Networked Systems, Co-Chair of the ACM MobiCom 2019 Workshop on Millimeter-wave Networks and Sensing Systems, and Guest Editor of a recent IEEE JSAC Special Issue on Millimeter-Wave Networking. She is serving as an Associate Editor of IEEE Networking Letters. 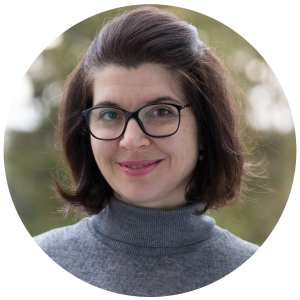 Marina Petrova is an Associate Professor in Communication Systems at KTH Royal Institute of Technolgy and a head of the Radio Systems Lab. Prior to joining KTH she was an assistant professor and a head of the Self-Organized Networks research group in the Faculty of Electrical Engineering and Information Technology at RWTH Aachen University, Germany. Her research focuses on design, modeling and evaluation of mobile and wireless networks, self-organizing networks, and mmW systems. Dr. Petrova holds a degree in engineering and telecommunications from Ss. Cyril and Methodius University, Skopje and a Ph.D. from RWTH Aachen University, Germany. She was a TPC Co-Chair of DySPAN 2011, a TPC Co-Chair of SRIF14 in conjunction with SIGCOMM and Co-Chair of the IEEE INFOCOM 2018 Workshop on Millimeter-Wave Networked Systems. She was serving as an editor of IEEE Wireless Communications Letters and IEEE Transactions of Mobile Computing between 2016-2017.